Of course, when we discovered that we were pregnant, it brought up a whole host of questions for us. Should we move back to the U.S. immediately, or should we stay in the U.K. as planned? How different is the pregnancy advice given to expectant mothers in the U.S. vs. what women in the U.K. are told? What benefits, if any, would our child receive from being born in the U.K.?

Pretty early on, we decided that staying in the U.K. was probably the best decision. There were a whole host of reasons we decided to stay, of course, but one of the things that did cross our mind was healthcare. If we moved back, one of us would have to ensure that we had health coverage from the day we moved back through our work, find a doctor and a hospital, and pay something in order to give birth to our child. In contrast, if we stayed in the U.K., we were already registered with our General Practitioner, the GP tells you which hospital they work with, and you don't have to pay a dime. It seemed a lot less stressful to stay from that perspective!

On that note, I will pause here to comment on the care I've received thus far. I'm currently 18 weeks pregnant, and I've already had 3 appointments with a GP or midwife and one ultrasound. First baby picture here: 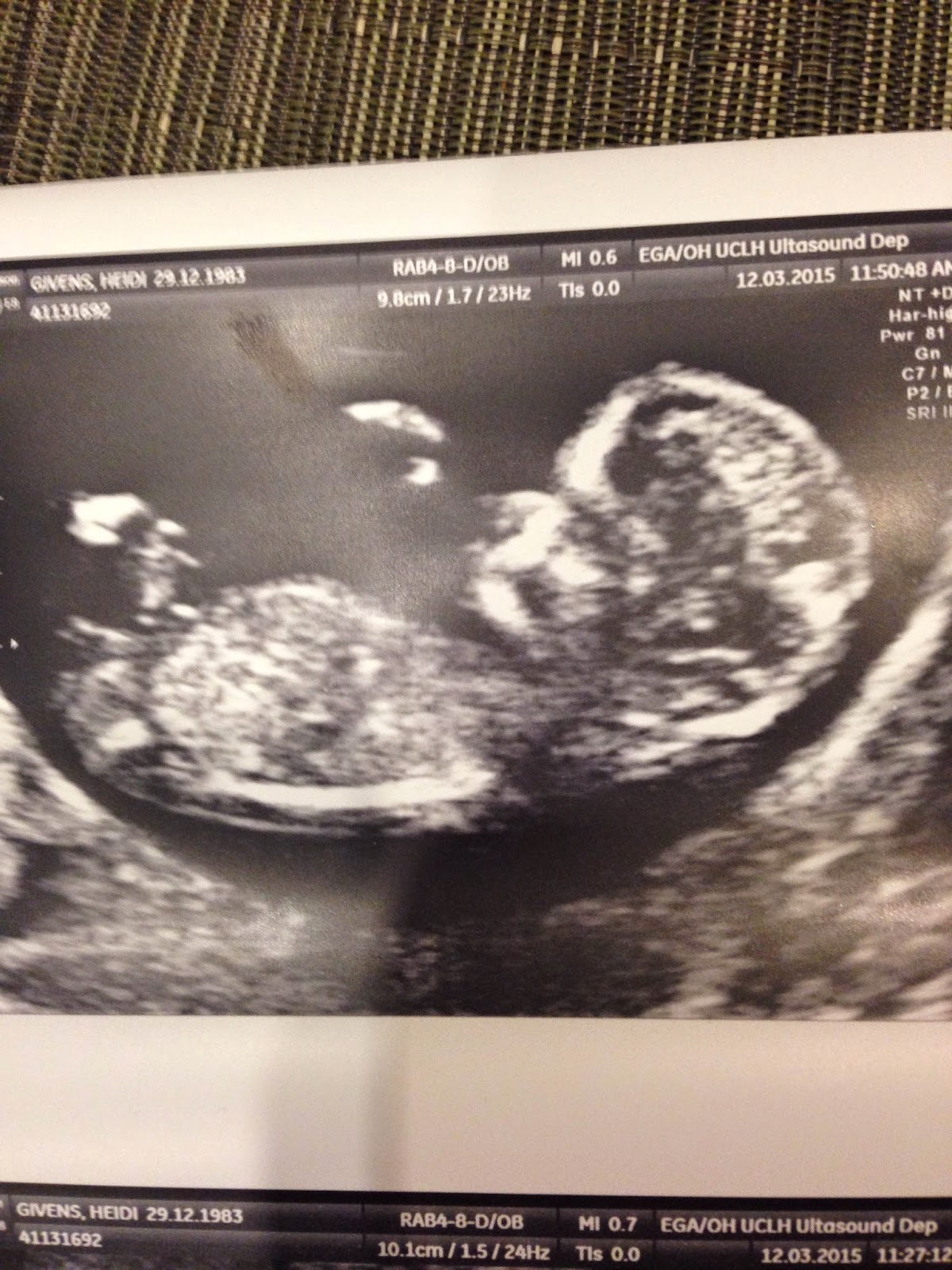 I have another appointment in 2 weeks to do a second ultrasound, and because Ryan was born with a small hole in his heart (it closed on its own, he never needed surgery) the hospital decided to have a cardiac specialist come to the next ultrasound just to make sure everything was developing normally. Thus far, I feel like the care I've received has been quite good and thorough. My only real complaint would just be that I didn't receive any 'new mommy' info until I was about 10 or 12 weeks pregnant, which was a little stressful. Thank goodness for the internet!

However, speaking of looking things up online yourself, (or even talking to your doctor) you will find that the pregnancy advice varies a bit depending on what country you are in. For example, pregnant women are generally told not to eat deli meat in the US, but there is nothing in the UK to indicate that it is anything but safe to eat. This could possibly be because of differences in the health and safety standards in food processing between the countries, but I haven't found any conclusive evidence to support that yet. Another slight difference is the guidance on alcohol. While the official advice is to not consume any, my midwife did tell me verbatim 'We recommend that you don't drink. But if you do, just make sure you limit it to one glass of wine per week'. I think cultural differences come into play here, and I've seen many pregnant women in the UK enjoying the occasional glass of champagne or wine. I think most American women really only do that in the privacy of their own homes.

Finally, I come to the benefits of being born here in the UK. Sadly, there aren't many. As it turns out, the US and Canada are the only developed nations to outright offer citizenship to anyone who is born there. For our child to become a citizen of the UK, Ryan or I would have to be permanently 'settled' here (i.e., free from immigration restrictions) or the child would have to live here the first 10 years of his or her life and then we could apply for them to receive citizenship. Either way, it's unlikely to happen. However, our child will always have that 'fun ice-breaker fact' that they were born in London, and that's worth something too : )