Italy: It's Everything You Could Hope For And More

Last year, Ryan and I had the pleasure of visiting Italy with Ryan's sister and her husband for 6 days. Our itinerary was fairly aggressive, as it included stops in Venice, Tuscany, Rome, and the Amalfi Coast.

We flew into Venice, and quickly made our way to one of the water taxis that takes you from the airport to the city. Arriving in Venice is like nothing else. You're just riding along in a boat and all of a sudden you start to see buildings just rising up out of the water. The buildings get larger, and you turn down a 'street' where there are hundreds of boats and gondolas going by and the 'traffic' is organized chaos. Just the very nature of having a city coming out of the water is what makes Venice such and amazing place to walk around and spend some time in. 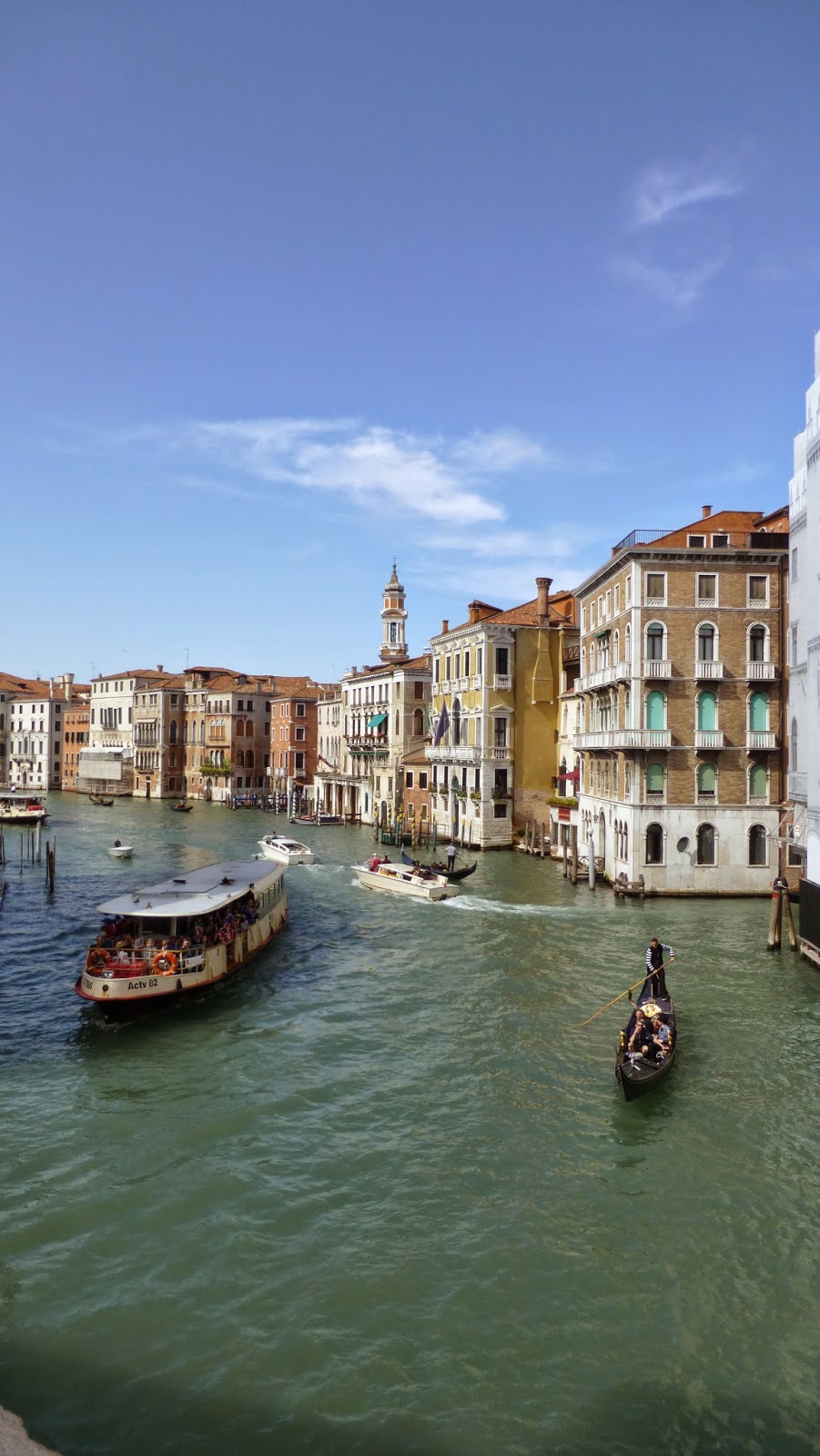 I wish we would have had the opportunity to stay longer, because I really enjoyed how 'different' Venice was from every other place I've visited. Most of our approximately 30 hours there were spent walking around the city, visiting St. Mark's Square, the Doge's Palace, and Rialto Bridge, as well as getting our fill of gelato. One of the things we didn't have the opportunity to do, but which I would definitely do if we have the opportunity to go back would be to visit the glass making island of Murano.

We left Venice in the afternoon, and drove about 2.5 hours into Tuscany. We stopped to rest at a lovely bed and breakfast just north of Florence and were able to catch the sunset over the beautiful Tuscan countryside. We even made a point to try a new trick for opening wine without a corkscrew. (Don't try this at home). 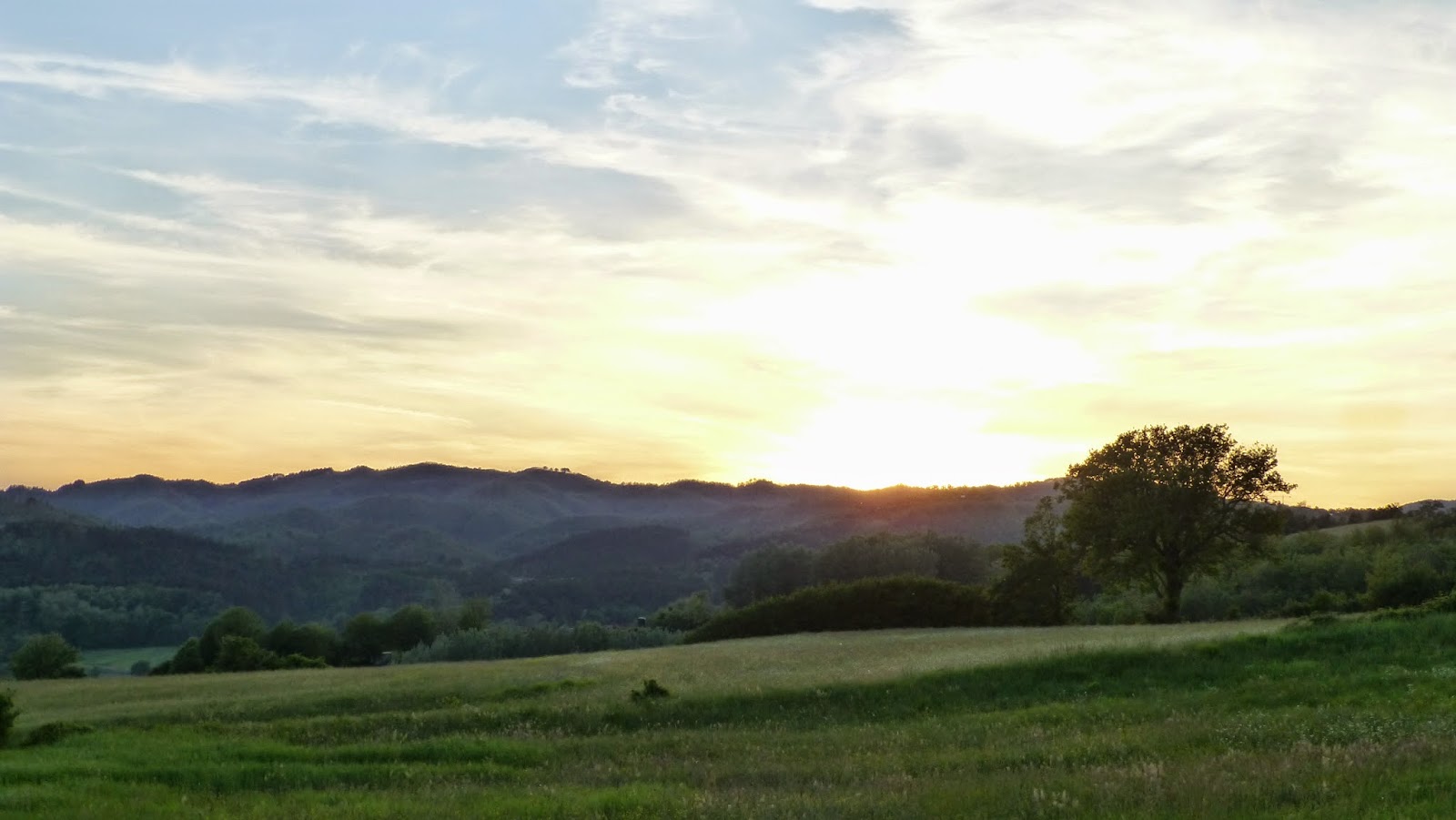 The next morning, we continued onto Rome, where we spent the next few days. The first day we visited the Colosseum, and walked by Trevi Fountain, the Roman Forums, and the Monument to Victor Emmanuel II.

We spent a day in the Vatican, where we got to see Pope Francis in the flesh, as well as visit the Vatican museums. A tip for visiting any Rome attraction (or any big attraction in Italy, for that matter) is to buy your tickets in advance! We probably skipped a two hour long line just by having a reservation to the museums.

The following day we packed our bags and after a quick trip to the Spanish Steps, drove out of Rome and down to the Amalfi Coast. We spent a day basically just relaxing at our hotel and enjoying the view. Another thing to note about Italy, as well as other mediterranean countries, is that if you visit during a time that is not considered their 'High Season' you should be prepared for the hotels to be doing a lot of maintenance work and renovations to prepare themselves for the summer rush. While it is quite baffling to us Americans to not have a fully functioning resort open at all times, this is pretty much the norm in these countries, so don't be surprised if some of the restaurants aren't open or the pool is out of service. 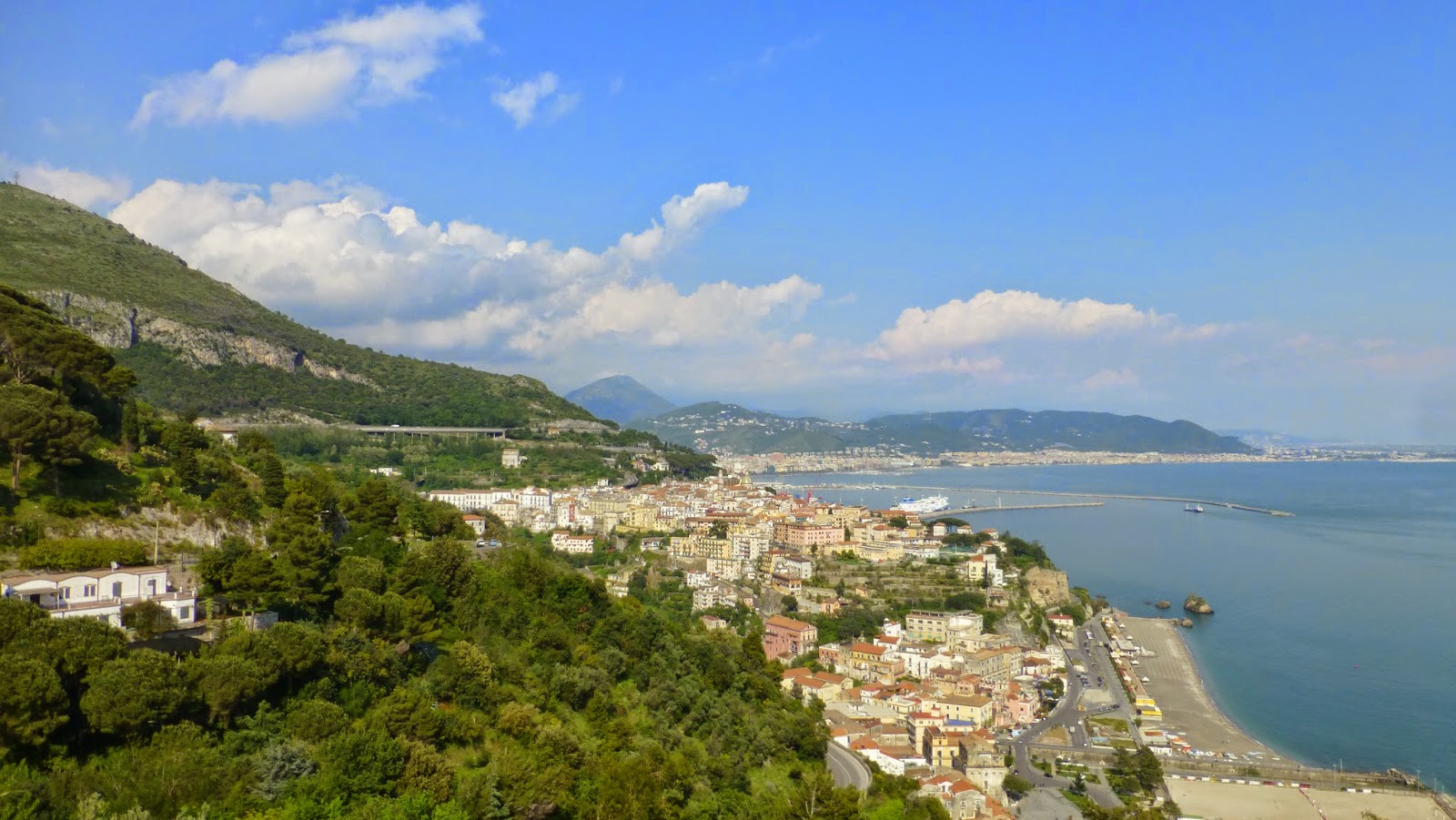 Our final stop during our first trip to Italy was to visit Pompeii before flying out of nearby Naples. I wasn't really sure what to expect before visiting, but I must admit, this was probably one of the most interesting and memorable parts of the trip. It was fascinating to see the ruins of the city and to walk the ancient streets. Another tip: if you are planning a trip to Europe, download Rick Steve's app first. You can download many audio guides to some of the main tourist attractions and follow along to his tours. We did this in Pompeii and it really helped bring some clarity and insight into what we were seeing.

Because there is so much to see and do in Italy, Ryan and I decided to go back for a quick trip just a few weekends ago. We took one day off, and flew into Florence. Again, we rented a car, and quickly drove to Pisa, where we saw the Leaning Tower, as well as the nearby cathedral, baptistry, and cemetery. To be honest, we were in Pisa for a total of about 2 hours, and that was actually plenty of time. There are a few museums, shops, and restaurants nearby which could easily add a few more hours if you wanted to spend a full day there, but for us, 2 hours was just right. 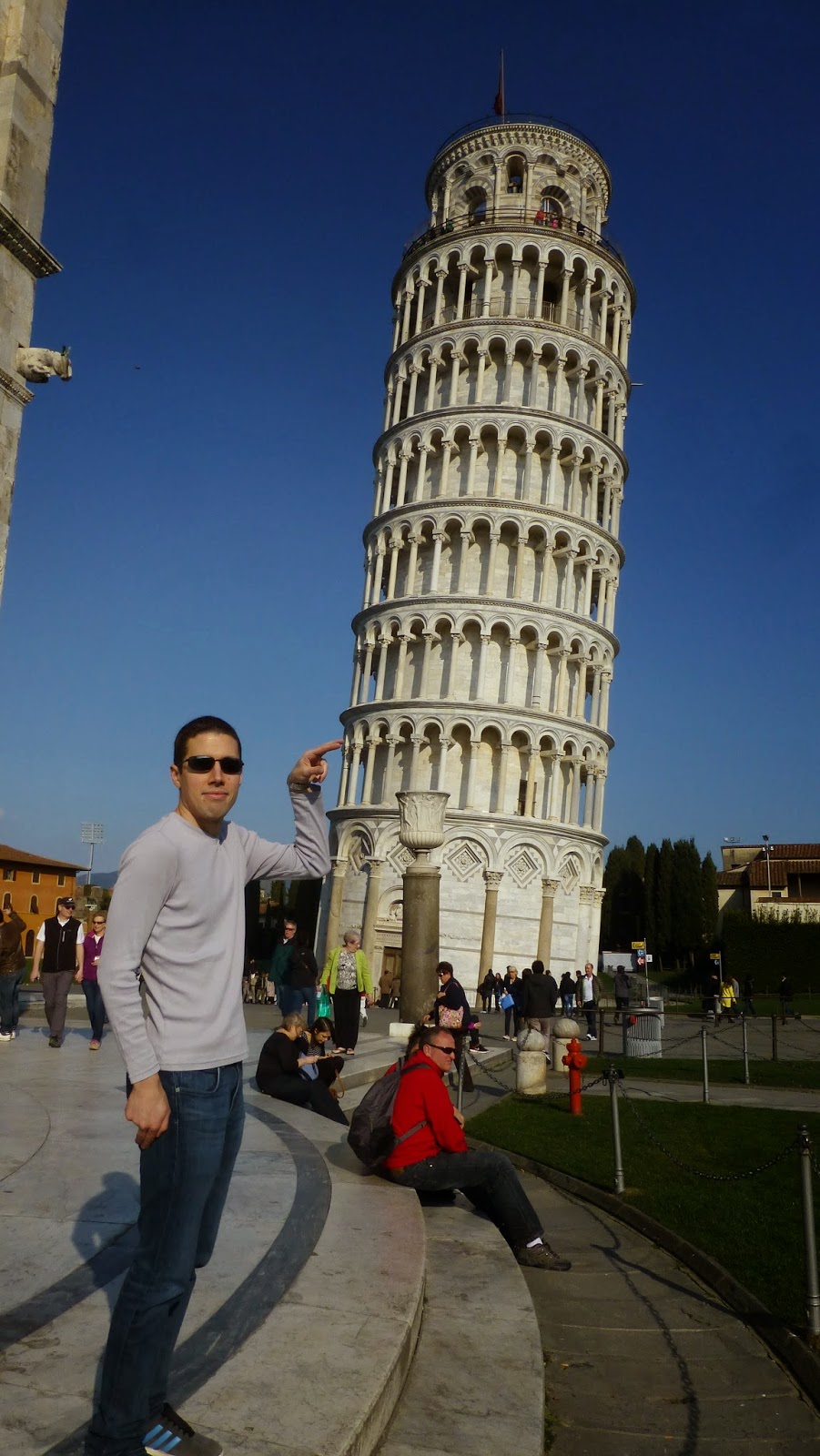 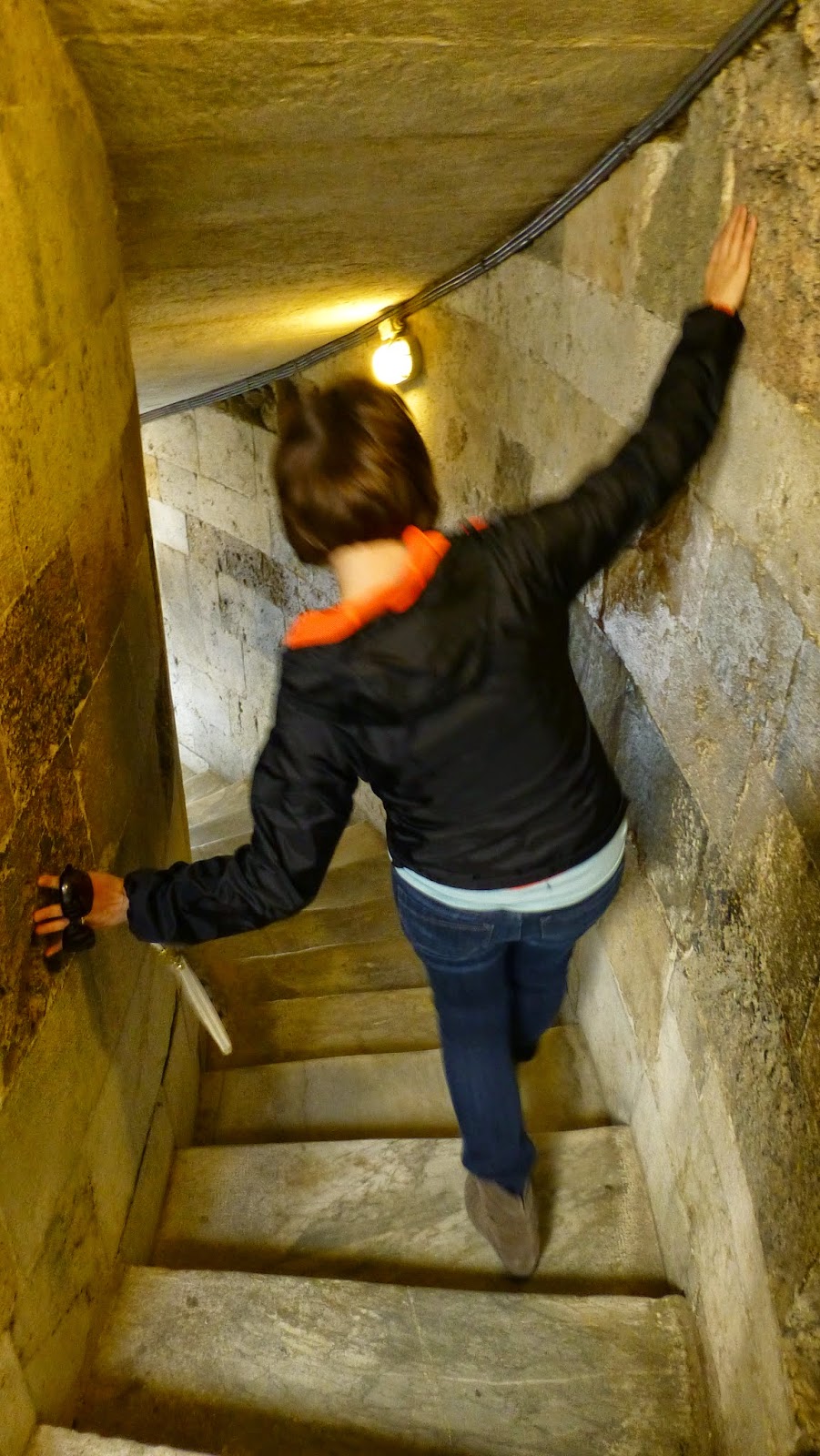 We continued driving and made it to the town of Levanto, which is just north of the famous Cinque Terre region. The next morning, we woke up and caught the train to Monterroso al Mare, and from there, started hiking through the national park. There are many hikes that connect all 5 towns, and to be honest, some of these hikes are no joke. Again, because we tend to visit when it isn't the 'High Season' the main paths through some of the towns were closed for repairs. Thus, we ended up taking a few trails that were the 'lesser travelled by' but the views were just as breathtaking, I have to imagine. We only spent one day in the area, but again, would definitely be a place I would return to an explore a bit more if given the opportunity. 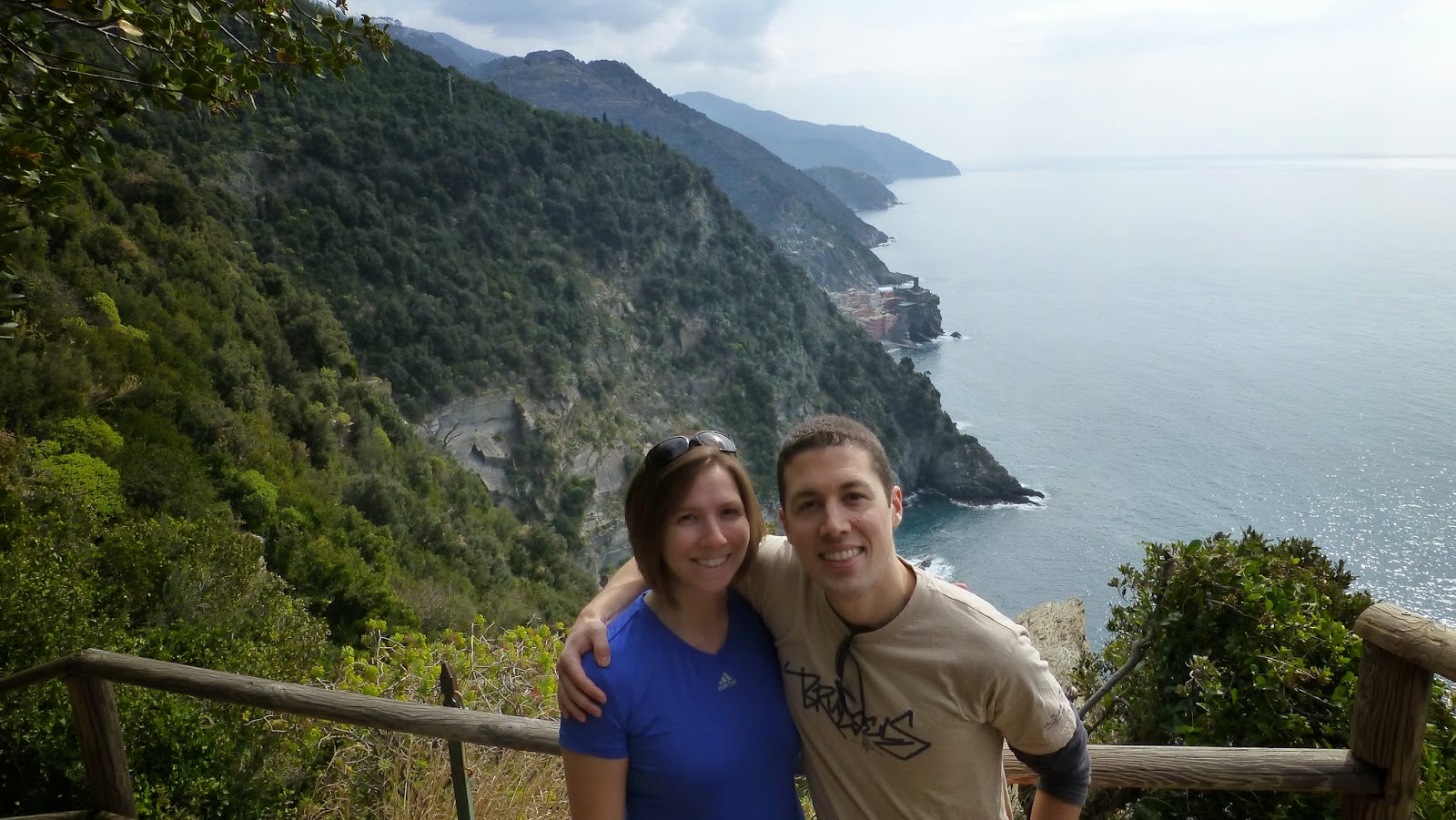 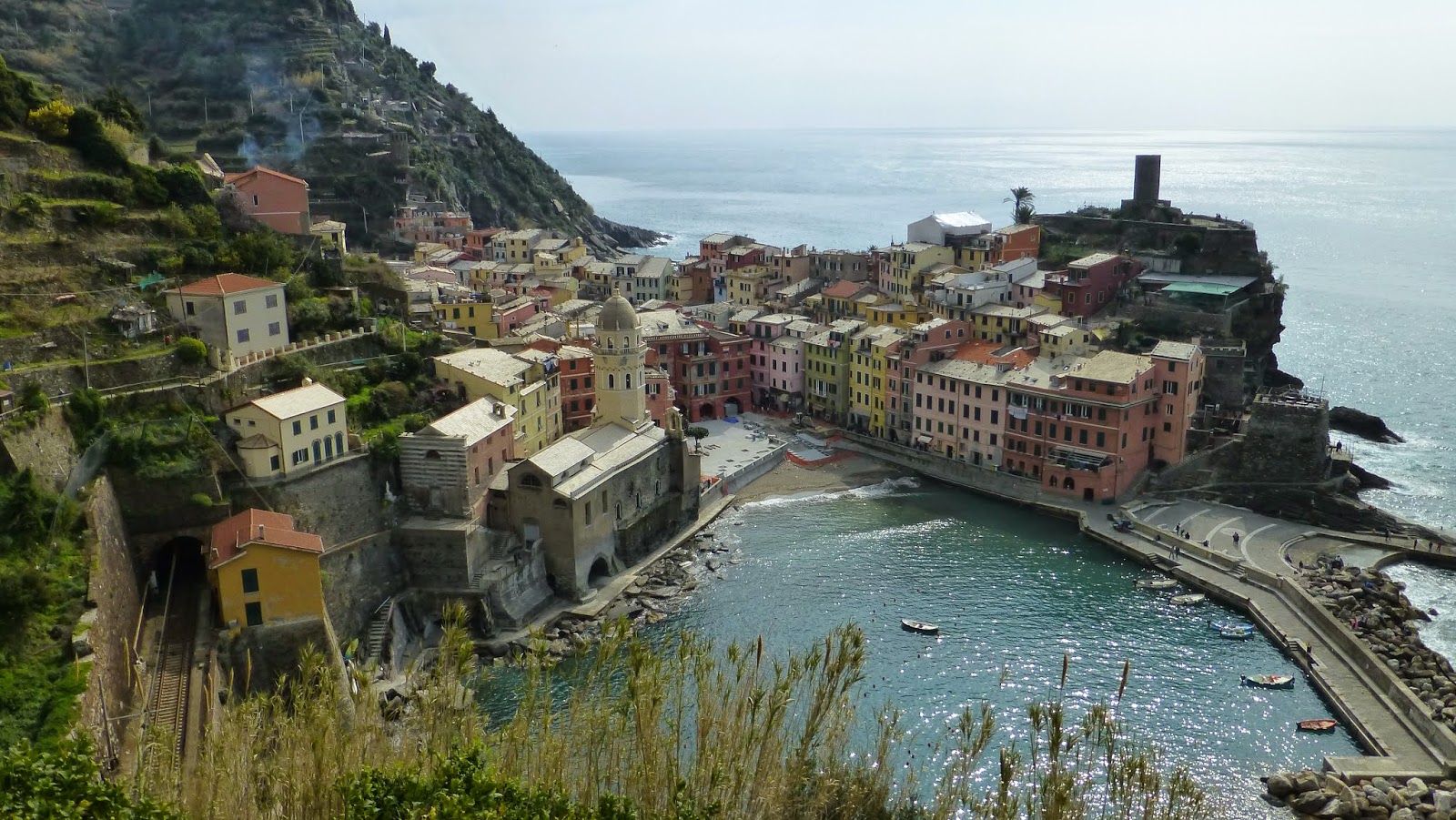 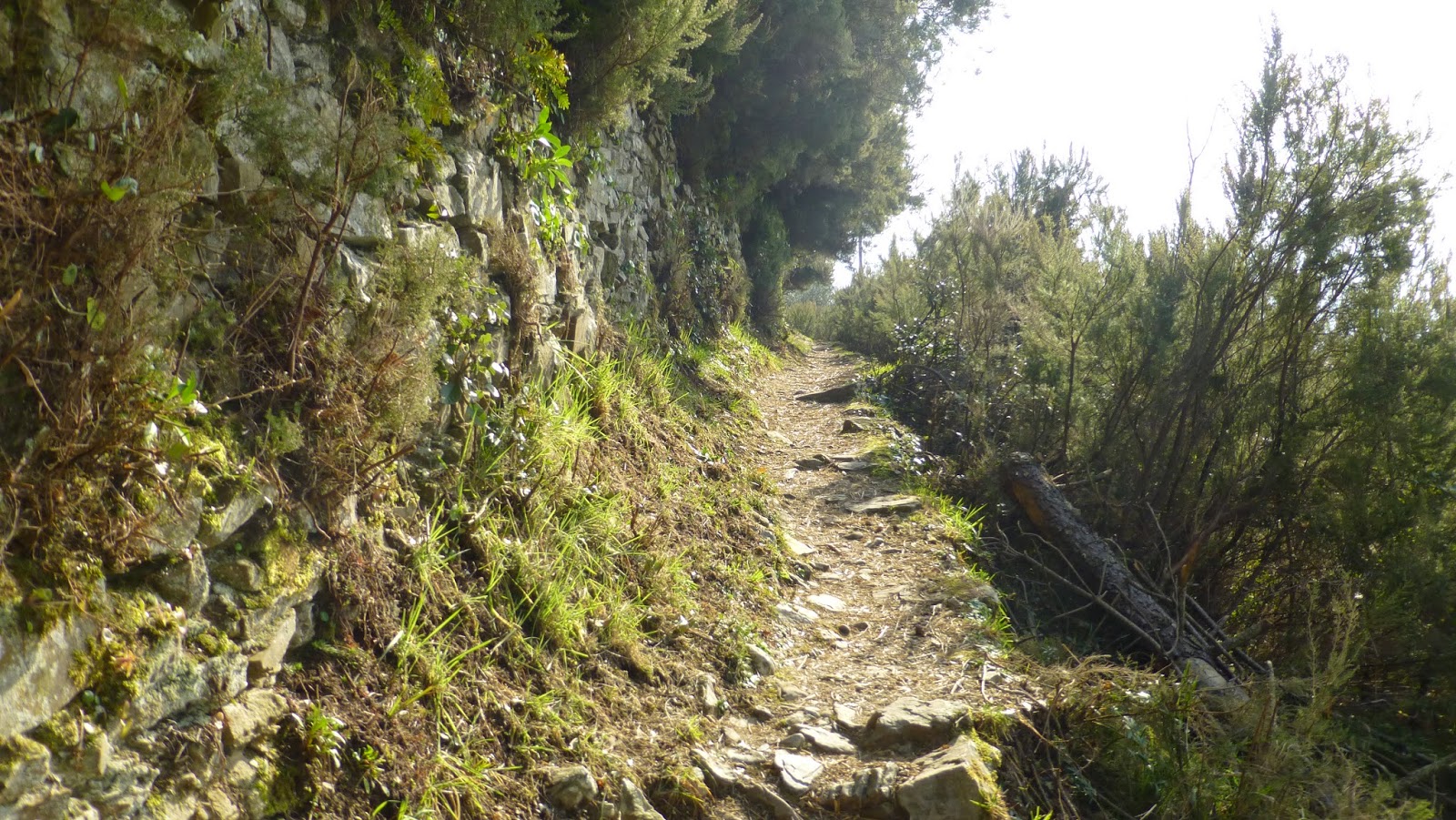 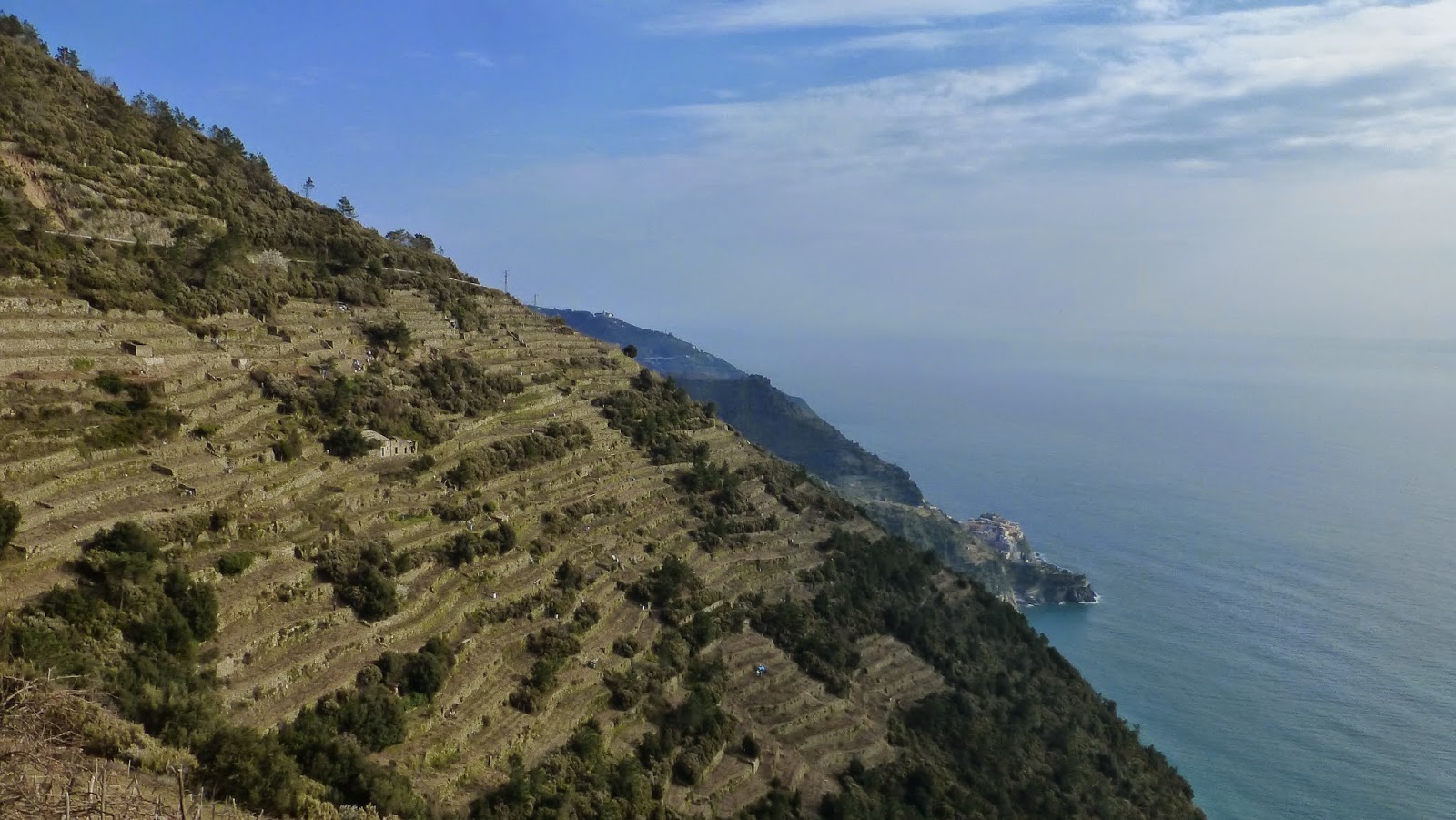 Our final day in Italy was spent in Florence, walking around the city and seeing some of the main sights. Again, with the help of Rick Steves, we took a self guided walk through the town, and also visited the Galleria Academia, which houses Michelangelo's statue of David, among other works. We did not have the opportunity to go inside the Uffizi Gallery or the Cathedral of St Mary of the Flower (home to the il duomo, or large dome that gives Florence its recognizable skyline), so again, plenty more to look forward to if we ever go again!