About a week ago, we spotted snow in London for the first time, and I have proof! 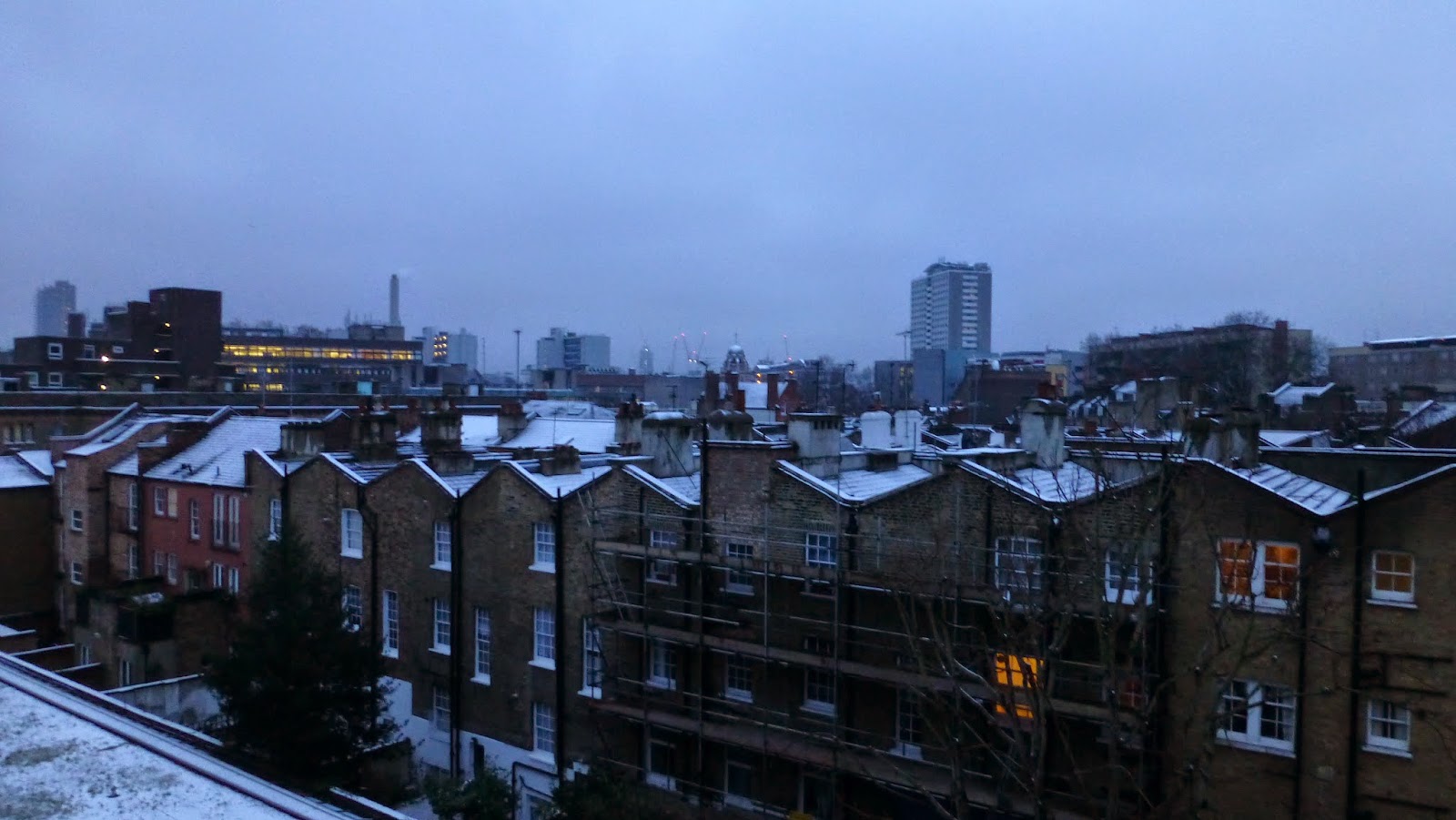 Ok, it was barely a dusting, and by mid-day it had disappeared. Two winters and counting, that's the extent of the snowfall London has received.

People almost universally complain about winter weather and Londoners are no exception. The past few weeks, temperatures have dipped below 32° a few times at night, which is colder than usual for this time of year. Almost everyone in my office would arrive and immediately whinge about how unbearably cold it was.

Coming from Chicago, I've always thought these conversations were amusing. If I were commuting this time of year in Chicago, I'd at least be wearing boots, a heavy coat, scarf, earmuffs, and gloves - gore-tex ones if it was super cold. In London, even on the coldest of days all you need is a coat and maybe a pair of gloves.

That's why I tell everyone that I think winter weather in London is fantastic. I walk to work, and I never have to worry about navigating piles of dirty slush water or slipping on ice. Perhaps I'll need an umbrella, but that's about it.

I'd love to see how the city would handle a few inches of snow. My guess is that the public transport would grind to a halt and all the one-liter diesel hatchbacks that people drive would be useless. Salt trucks are known as gritting lorries here, and I don't think there are very many of them to handle all the city roads.

In my mind the biggest downside of winter here is the absence of daylight. At 52°N latitude, London is farther north than Calgary, and in the darkest days of winter the sun sets before 4pm.

That isn't the best for tourists this time of year, as it's difficult to do any sightseeing in the dark. However in the months leading up to Christmas, London is at its most festive with many of the main streets illuminated by Christmas decorations. The city really does go all out for Christmas, making it one of the best times to visit.

So as much as people complain about it, winter here could be far worse!
Tweet
Posted by Ryan Givens at 5:23 PM